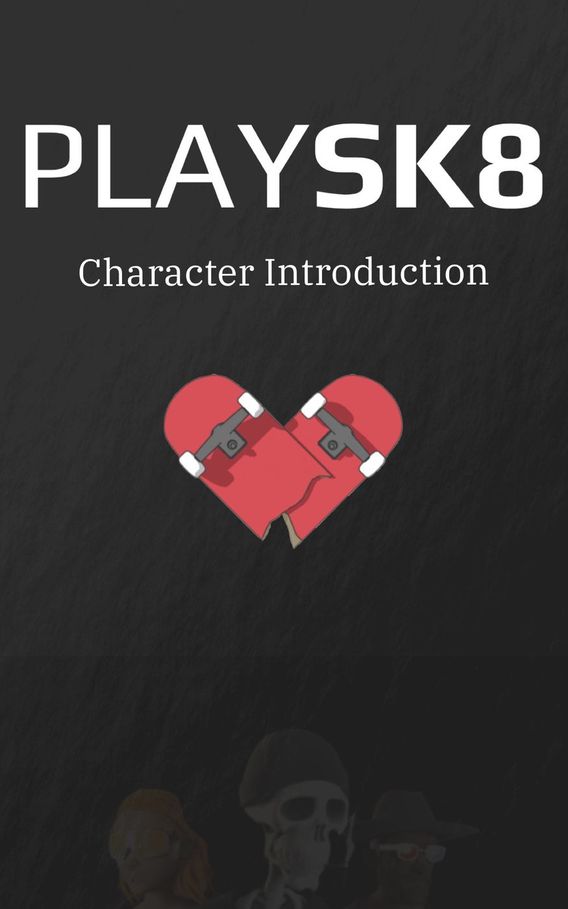 Swipe to meet them and see their LAND/FAIL tricks ✅-❎

Johnny SK8 is the face and pioneer of PLAYSK8. He found a home in the skating community in Venice that quickly became a second family to him. His mentor was Sk8toshi (Satoshi Nakamoto), the famous anon skater and cryptographer who created Bitcoin after being inspired by the decentralization of skate competitions in the 90s. He is hyper competitive and a world renowned competitive athlete that has won medals for skating, surfing, snowboarding, and even holds the world's record for most California burritos eaten in a single sitting.

While Bonez is a prankster in a sometimes dangerous sense, Johnny is a little more lighthearted in his mischief. Although he’d never admit it, he likes to think of himself as a “Robin Hood” esque character, except instead of stealing from the rich he just likes to embarrass them in public.

What is his background:

What is he talented in:

Jenny is the biggest badass in the metaverse. She shoots first and asks questions later. When she thinks someone is messing with one of her friends she’s quick to react, more often than not it’s an overreaction that sometimes lands her in trouble. She’s super down to earth, whenever one of the guys comes up with a crazy plan she’s the first to try and reign it in and let them know how stupid they are. She’s one of the most respected skaters around, and is constantly challenging her gang to be better. Although those challenges are often in the form of ridicule.

What is she talented in:

Bonez is the friend your mom didn't want you hanging out with as a kid. Which is probably why his only friend is Johnny SK8. He’s always had a problem with authority, one that was amplified by the fact that his passion (skateboarding) constantly put him at odds with security guards and rent-a-cops across the nation. A high school dropout who made a name for himself pulling off death defying (and often highly illegal) stunts. His “I dont give a fuck” attitude makes him an iconic figurehead of the SK8 community.

What is he talented in: