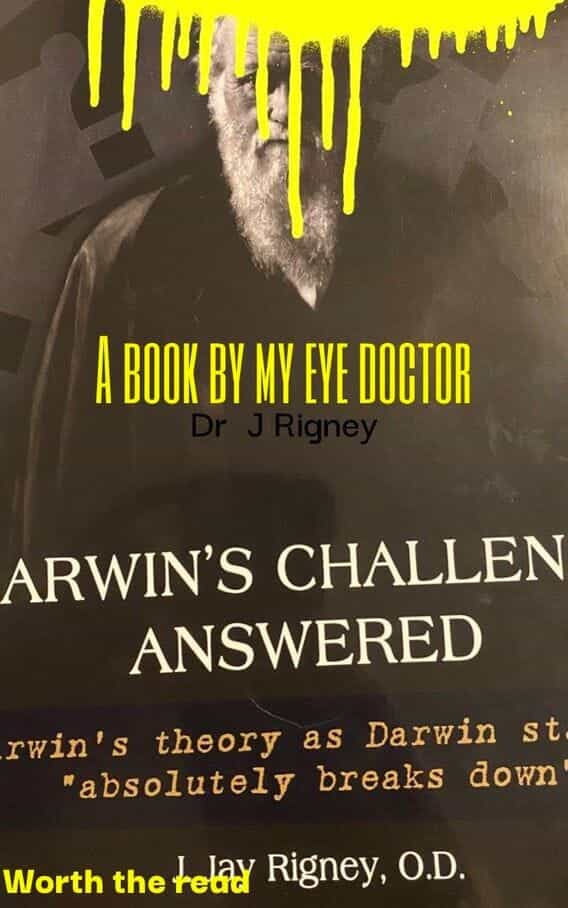 Publisher
@7dontforget11
Caption
Darwin’s theory answered, by my eye doctor Dr J Rigney
Genre
Books
Published
Dec 13, 2022
09:16 PM
His book is available on Amazon for purchase, and I highly recommend you to do so.

He very impressively, disproves the theory of evolution, through seemingly obvious encounters, proving two things. One we could better ourselves as a society, if we would ever so simply cease believing every word we hear through media and again ever so simply ask a question for ourselves and think about the problem ourselves first, before jumping to whatever so and so,s conclusion was, whatever it may be, if we as a society could do this, we would be much more self reliant and far more intelligent than we now.

And two, of course the obvious one, disproving Darwin’s theory with ease.

In fact part of the reason why it was so easy to disprove Darwin’s theory of evolution, was the theory was never complete from the start, a theory is supposed to solve problems not make them, so when you have a theory that raises more questions than explanations, it’s either a poor theory or a incomplete one, and should never be taken as fact until it can withstand any challenge brought upon it.