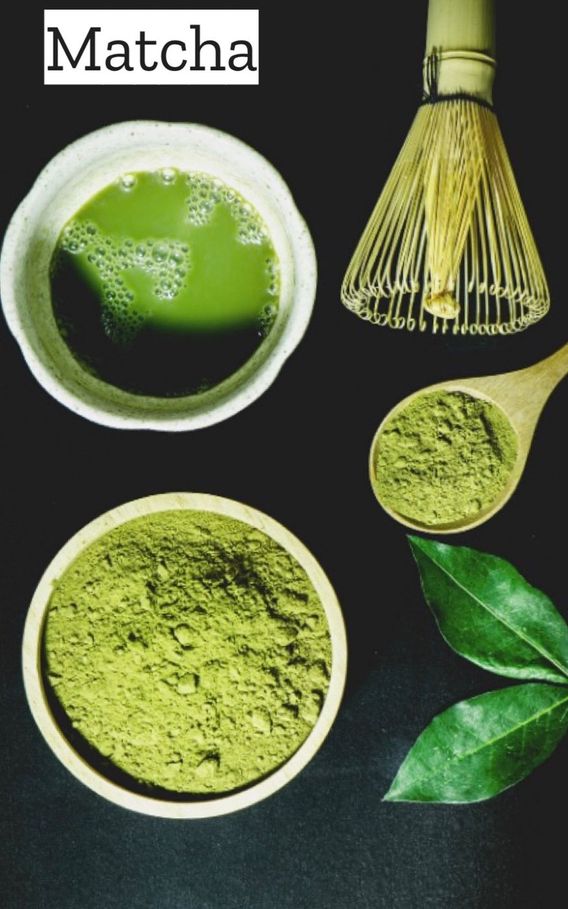 The practice of preparing and drinking powdered tea was first popularized over 900 years ago by Chinese Zen Buddhist monks. Traditional Matcha preparation is therefore ritualistic and meditative by nature, requiring customary tools and following a careful step-by-step process. In the 11th century, this ritual was shared with the Japanese, who have been preparing and sipping the frothy tea drink ever since. Even when powdered tea fell out of popularity in other parts of Eastern Asia, it has consistently maintained its prominence in Japanese culture. In fact, the word Matcha comes from Japanese: “ma” translates to rubbed or ground,while “cha” means tea.

Japanese Matcha tea is a fine powder made from green tea leaves. Like all tea, Matcha is made from the tea plant Camellia sinensis. Tea cultivated specifically for Matcha is primarily grown in two Japanese regions: Uji in Kyoto and Nishio in the Aichi prefecture. Tea leaves grown for Matcha are specially shade-grown over the course of three weeks. Shielding the plant from direct sunlight incites an overproduction of chlorophyll, which contributes to Matcha’s distinctive bright green color. In addition, shading the plant yields an increase in the amino acid theanine, which is thought to give the drink its deep umami flavor.

When the plants are ready for harvest, the leaves are hand-picked, steamed, dried, destemmed and deveined. The pure leaves, known as “tencha” at this stage, are then expertly ground into a fine powder. While the grinding process is traditionally done with a stone mill or mortar and pestle, powdering machines are now often used to produce a higher volume of Matcha in a shorter amount of time.

1. ENERGY WITHOUT THE ANXIETY, CRASH OR JITTERS

The combination of caffeine with l-theanine in matcha green tea provides a stable and extended boost of energy with out the anxious jitters or side effects like you might have previously experienced with coffee and energy drinks.

The caffeine will gently pick you up, provide you with an extended energy boost and then will let you softly back down to earth.

Some things simply require a lot of thought. The combination of caffeine and theanine do wonders for concentration. The production of alpha waves in the brain. These alpha waves encourage relaxation and induce a profound feeling of mental clarity and a more alert state of mind - the same mental state can be found in meditation and yoga practice. You know what you’re doing. Matcha is here to make sure everybody else does, too.

Concerts are sick. Your friend’s new mixtape is sick.

Being sick, however, is not sick. Matcha green tea Fortifies the immune system and limits the invasion and growth of viruses and bacteria in the body. The special catechin antioxidant called EGCg is effective in fighting and protecting the body against various bacterial and viral infections* (21). EGCg binds to cells in the body and inhibits the growth of many disease-causing microorganisms including influenza A virus, Hepatitis Virus, Herpes Virus, and the bacteria that causes Strep Throat.

Want to go the extra mile? Try adding matcha to your weight loss program and see what happens. EGCg and caffeine work together to naturally boost your metabolism and increase the number of calories you burn on a daily basis.