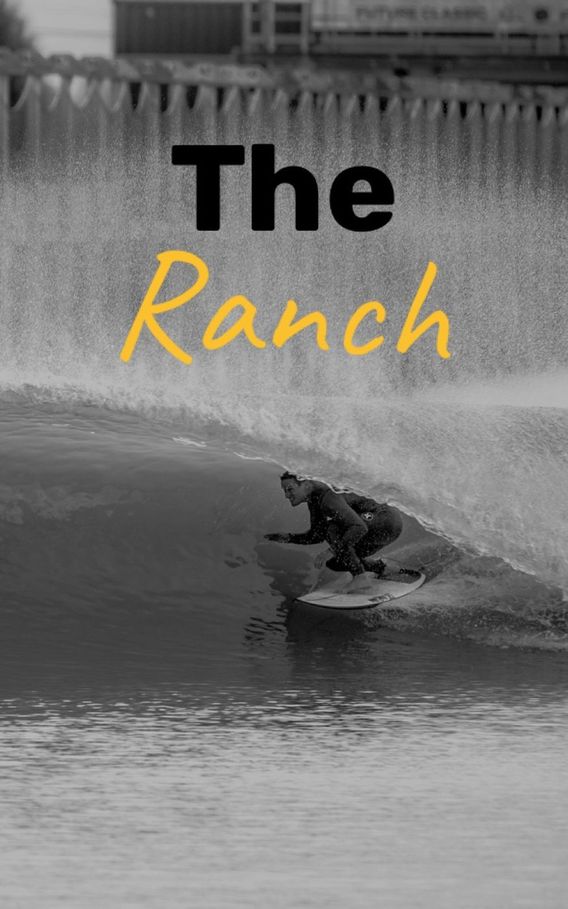 I opened my phone on a December morning to something I was used to seeing on social media. A surf photo. Displayed in beautiful fashion upon my Instagram feed, posted by one of my favorite surf photographers Todd Glaser. The photo was of 11-time world champion and famed pro surfer Kelly Slater riding one of the most perfect waves I’ve ever seen. The wave wasn’t huge like Hawaii, blue like Tahiti or foamy like California. It was just simply glassy and perfect. Written in bold letters across the photo were the words “MAN MADE”. It was at that moment that I realized the wave I was looking at was in fact in a wave pool.

Over the course of two years this mythical pool flooded the surf and sports industry with videos of professionals and brand owners all getting their chance at the wave. After magazines and websites prodded and begged, information was leaked that the pool was actually created by Kelly Slater with a portion of it owned by the World Surf League (WSL), the surfing equivalent of the NBA.

After a while of drooling over the wave I received a very interesting call. It was from my best friend Chad Weber who happens to work at the WSL, explaining that there was going to be a few days where the company and Kelly were going to invite the press and clients to experience the wave and that they wanted me to shoot and document the trip. In absolute shock, I said yes before I even had the chance to hear the best part, I was going to surf it too.

3 weeks later Chad and I packed the car with our boards wetsuits and camera gear and headed out.

As most perfect things are, the wave pool is hidden.

Amongst cow farms, fields of crops, an Indian Casino and a proper 2-hour drive from any ocean lies the property known as “The Surf Ranch” in Lemoore, CA. Why the name? Because it’s all part of Salter’s master plan to blend the idea of surfing nowhere near a beach. In addition to offering the most perfect and consistent wave ever, he wants to bring surfing to places and people who have never been able to experience it. A genius, charitable and overall legendary feat for someone who has already accomplished so much for himself and his sport.

After entering the property through branded wooden gates that gave it the vibe of some secret chocolate factory, we were greeted by the Ranch Staff. The team was comprised of veteran lifeguards and watermen from around the world who have been trusted as water safety coordinators for the top big wave surfers. They walked us around the facility which was simply and elegantly designed to offer everything someone staying at a five star retreat would expect. We were escorted into a locker room that was more of a Surfer’s dream man cave. It was decorated with photos of the ranch’s inception, surfing royalty and celebs who had visited before. A flat screen had constant loops of surf films and a ping pong table awaited an in between session tournament. But most importantly, it was stocked with every type of surfboard imaginable. Once situated, I took the locker next to Slaters, it was time to finally experience what only a handful of surfers on earth have ever witnessed.

“The pool itself is something an 8-year old with a Black Amex would create.”

2,000 feet long, 80 feet wide, 9 feet at its deepest, with a bottom that is designed and crafted to mimic the reef of Tahiti’s most famous wave, Teahupo’o. It was completely still and had a weird haze over it that was reflecting the steel pillars and trees that surround the property. Just as the sun began to emerge, the wave machine fired up. A loud engine noise echoed, and out of nowhere, a perfect, 6-foot wave grew from nothing. We watched with open mouths and even wider eyes as the wave peeled perfectly down the entire length of the pool until it dissolved into the water and once again the pool was just another pool. Chad and I looked at each other in total amazement. 5 minutes and a bunch of curse words later, the beast fired up again and we shook our heads as the machine returned to its original home at the opposite end of the pool, creating an equally perfect left hand wave.

As the day progressed, the waves continued to do their thing. Everyone from beginners to industry legends paddled out and dropped in. It was surfed so many different ways and I sat on the sideline taking photos as some of the best board sport athletes in the world did their thing. I got my camera ready as it was Chad’s turn to go. He calmly dropped into the wave and surfed it flawlessly, even making it out of the perfect barrel that the world had been talking about for so long. At this point I was foaming at the mouth to get in the water. Towards the end of the day and thousands of photos later, I finally got my chance.

Myself and a couple others were loaded up onto a jet ski and dropped off along the edge of the pool at different markers. We were positioned so that If someone fell, another surfer would be able to catch the remaining portion of the wave. The standard feeling of being in my wetsuit and on my board was replaced with a whole new vibe. Anticipation grew and after a few minutes of waiting the wave arrived. I sat in excitement and fright. It moved towards me at a precise 18mph. I turned, paddled hard and dropped in. I raced across the face, laser focused on not falling, which of course caused me to under rotate a turn and go down at the halfway point. The perfection the wave offers is to be handled differently, less of an aggressive approach and more in a savoring, more enjoyable manor. Annoyed and frustrated that I just blew my wave, I sat back and realized where I was, what I got to do and who I got to do it with.

It was here at the Surf Ranch that an outsider could actually see how many backgrounds revolve around surfing.

Executives from Hurley, Beats, Verizon and quicksilver mingled with pro snowboarder Travis Rice and world renowned photographer Craig Stecyk as waves and laughs were had. It really was a melting pot of personalities who shared one common interest. This seemed to be the basis that Kelly built the Ranch off of. Surfing is such a powerful sport and lifestyle that brings so many differnet people together that it should not be reserved for those who have access to the ocean. By bringing the waves to landlocked locations, it will allow new people to fall in love with surfing.

If you would like to learn more about the Surf Ranch and the upcoming contest being held by the WSL in September you can visit www.Worldsurfleague.com. You wont be able to surf, but you will be able to see the world’s best surfers battle it out live.