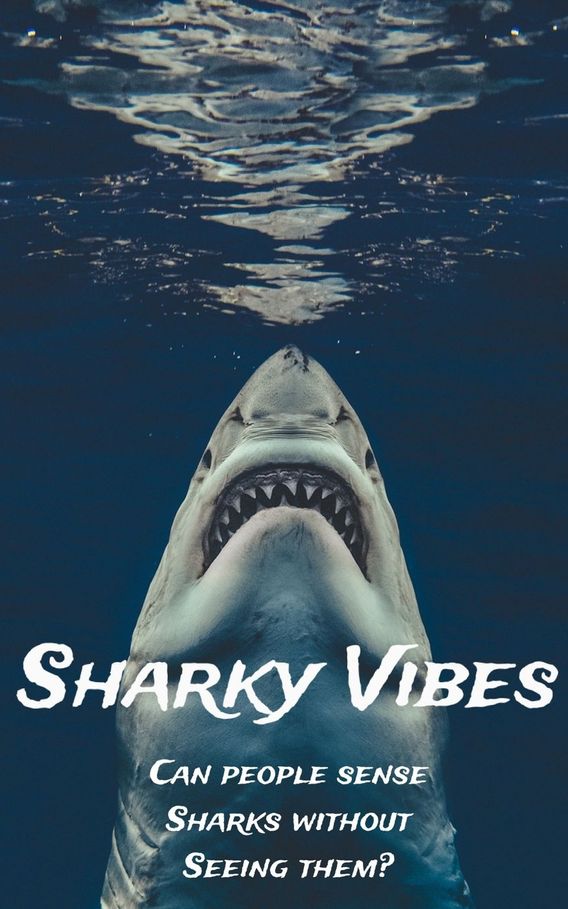 DO SURFERS HAVE THE ABILITY TO SENSE SHARKS IN THE LINEUP?

As surfers, we've all said it: Looks sharky, feels sharky, seems sharky…but is there scientific reasoning behind our "shark sense", or is it simply our imaginations running wild? We called up Dr. Chris Lowe, an avid shark scientist and surfer, to find out if our fight-or-flight safety sense extends into the ocean and under the surface, even when when we don't actually see anything.

OK, so do humans have an innate ability to sense that sharks are around, even if we don't see them? Do we have some evolutionary safety signal hard-wired in our brains from thousands of years ago?

I don't know if there is any scientific evidence to support that "shark sense", but there's certainly some evolutionary significance. Historically, we used to be very in tune with our environment. We realized we weren't at the top of the food chain when we were out hunting and foraging, and we knew there were things out there that could kill us, so we had to pay attention to the things happening around us. And of course, we're not aquatic creatures, so when we entered the ocean it was–and still is–an even further uneven playing field.

What's happened over time is, we've lost our ability to really pay attention to what's happening around us, and as a result, it puts us at a greater disadvantage when we're in the wild, and I consider the the ocean to be a wild place. Historically, we knew what it meant when wildlife was acting strange around us, but now often times we don't pay attention, and therefore we're missing key signals that could have been a tip. I think we all have a predator radar hard-wired in our brains that we don't always pay enough attention to, though some people are better in tune with it than others.

The hard part, scientifically, is separating out, "OK, am I using my shark radar right now, or is it just my imagination?" That's the tough part. I've been out in the water diving, snorkeling, surfing, and you just get that creepy feeling: The hairs on the back of your neck start to stand up, you feel really uncomfortable…and I've always paid attention to those signs as something real and I get out of the water.

That's true. I'm sure all surfers can relate to getting chills down the spine while surfing, enough to send them in even without an actual shark sighting.

Yep. And the thing is, maybe you cut a session early and you get out of the water because something just didn't feel right–no harm no foul. That's OK. But the thing we have to remind ourselves is, what happens in Hollywood shark movies shouldn't cloud our imaginations, with how unfounded they are. But if there are bait balls hanging around, birds crashing around, a seal crawling on your board…those are not bonding moments, that's wildlife telling you something is going on underneath or around you. So we just have to get people re-educated to pay attention to those real life signs again. Because I certainly believe our "shark radar" is tuned to pick up on those things.

Not the kind of thing you want to see or think of .... ever.

To that point, should we be any more or less concerned about sharks in the area based on specific activity? For instance, is it sharkier because of seals on the beach or in the water, or less sharky because dolphins are present?

The challenge here is, we really don't know why sharks occasionally bite people. Incidents happen so infrequently, that it's really hard to nail down what the specific condition was that led to the bite. Most of the time they are unprovoked incidents where the person is minding their own business and the shark comes over and bites them. In most cases there's no pattern, so what should we be telling people to look for? That's the hard part. However, there are times when a seal is acting weird, trying to get on someone's board or boat, and that's an animal that is telling you something. Or if you're out on your board, and a big ball of bait comes over to you, those fish are going to you because your board provides cover. And then you have sharks that are going through that bait ball, mouth open, trying to grab something. And if your leg or hand is hanging in the water, it can easily be mistaken. So that's another time to pay attention to nature.

As far as dolphins go, we've seen that when dolphins and juvenile white sharks are in the same area, sometimes the dolphins will harass the sharks, and other times they'll just ignore them completely. So, that whole dolphin thing is not really true. However, if you see dolphins circling around their young, that can often mean a shark is in the area, as they do that out of protection.

Lastly, we always warn people not to be in areas where they see a dead marine animal. You just don't want to be in those areas, because you increase the chances a shark will view you as competition for a free buffet, or that you'll just get mistaken for a meal.

Is there any electrical signals, or maybe a scent, that certain humans might give off that would attract a shark to them? For instance: When you hear about an attack in a crowded lineup, was it the un-luck of the draw, or did a shark choose one surfer over another based on something else?

See, those are things we just can't answer. Most of the time there is no evidence that somebody was doing something that was different from everybody else, or exuding some odor, so there's just no pattern we can find from a scientific standpoint, so it just leads us to think these could just be random mistakes.

I'll tell you though, it's much more rare for someone to be bitten in a group. Surfers hate to hear this, but while it's great to be surfing by yourself at that great break in the evening when it's lonely and peaceful, that's the worst place to be, for two reasons. One is you're a lone target, which is what naive young sharks go after, and the other is there's not going to be anyone around to help you. Nine times out of ten, when surfers are seriously bitten, if not for first responders in the water that surfer likely wouldn't make it back to the beach.

The most famous example is Mick Fanning's unprovoked incident at J-Bay. While there are typically hundreds of surfers out there on any given day, that shark was potentially more curious, and maybe even more aggressive, because Fanning was sitting there all alone.

Exactly. And while we don't know all the science behind shark behavior–in fact we're not even close–from what we've learned, these are things we see statistically across the globe: it’s safer to surf in a group, avoid murky water, and all of the things we just discussed. But there are also some big myths. The dolphin thing being one of them, but another is that it's dangerous for a woman to be in the water while menstruating. That's just pure bullshit. There's no evidence of that.

How much blood does it actually take to attract a shark to any given area?

I can tell you, as a shark scientist, I will go out and spend hours trying to chum sharks using choice chum, and we'll still sit there for hours. Sometimes sharks will come around and we'll see them in the distance, but they won't come to the source. So once you get past the Hollywood stuff and the shark week drama, you begin to realize these animals are very cautious. They don't just crash the party looking for free food. So if you're seriously bleeding, while it's prudent to get out, it's not as if you're going to get ravaged by sharks.

Do you foresee a day when we've created a shark repellent that works so well we'll be able to surf somewhere like Reunion Island without fearing for our lives?

Maybe we'll come up with something. But the science isn't there yet. Let's just say some of the stuff on the market is 60-percent effective. But it's not been tested on all species, under all conditions, in all situations. I always ask people: How comfortable would you be using a birth control that only works 60 percent of the time? Because that's what we're talking about. That's the dice you're rolling.

The other issue I have with shark repellents is we see people use them like a superman's cloak. And it changes their behavior. But the thing is, the best shark repellent on the market today is just good common sense, and you know what? It's free.

That goes back to what this piece is all about: Your shark sense. It sounds like it's real, and we should trust it more than some device that we strap to our boards or ankle. At least for now.

Exactly. We've tested electrical, chemical and magnetic repellents in my lab for 30 years, and I've given up. My philosophy is this: Use good common sense, develop a better shark radar, pay attention to wildlife, and continue to use the ocean, because the probability of being bitten by a shark is like winning the powerball.