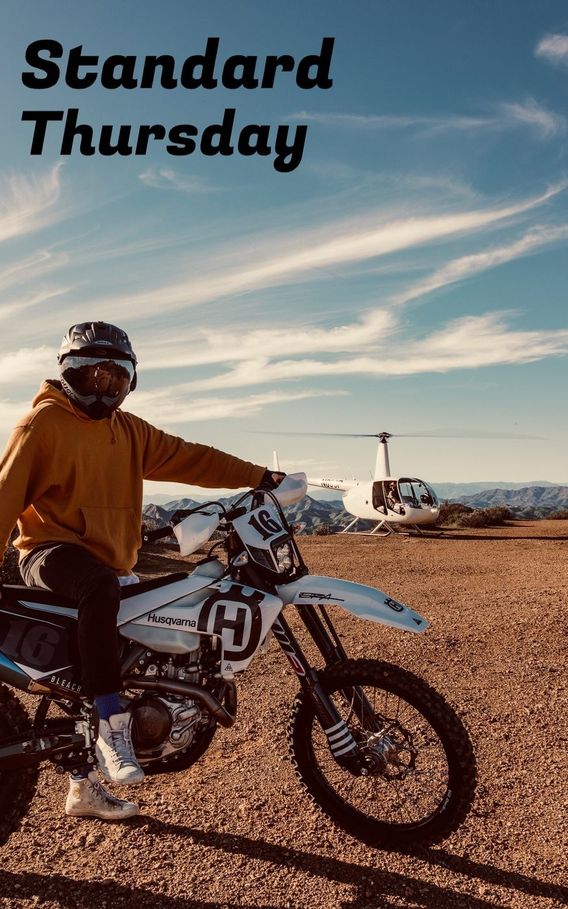 Publisher
Jake Warner
@Jake
Caption
How do you make a Thursday not so normal? Read this to find out.
Location
Malibu
Genre
Lifestyle
Published
May 25, 2019
07:05 AM

I have special friends.

I am a very thankful person. I like to think it’s because of my upbringing, my abilities and my overall life in general. But as long as I can remember a singular quote has always stuck out to me, “you’re only as good as the people you surround yourself with”. My friends are as awesome as they come. They love to have fun and create memories which reflects on their occupations differing to anything and everything across the board. Because of this I have the luxury of any normal day becoming a special day.

Cue my buddy Albee (see boomerang above). The only way to describe him is unique. He’s the kind of guy that instantly makes you want to do cool shit and smile while doing so. Why? Well he’s a helicopter pilot. His daily grind consists of flying around and above Los Angeles, taking out private tours, giving lessons and even just “cruising” around having a good time. When sifting through his Instagram you are bombarded with stunning imagery and videos of 3D helicopter rides, people skydiving out of his chopper and the occasional snowboard mission. But all in all he’s just a good dude.

This particular day was pretty average for me, until my buddy Nick called. “Yo, Albee is going to land his chopper behind my house. Grab a camera and come over.” Remember when I said the whole “any normal day to special day” thing?

The cool thing about Malibu is that there’s so much undeveloped, natural land so close to one of the largest cities on earth. Acres and acres of land may seem like negative space to most but to Albee, it’s unlimited options for landing and taking off. Nick and I were told to be waiting in a field just above his neighborhood. In order to get there we had to drive up a trail that winds around a hillside over looking the ocean. Once up there we parked in a field and waited. Texts saying “10 minutes out” and “almost there” became abundant yet we just sat there looking up at the sky and listening. It felt as if Nick and I were making a hand off in a bond movie. Then out of nowhere, Albee shows up.

[The bird] gracefully banked around the field until finally resting down effortlessly. Nick and I grabbed our cameras per Albee’s request and ran to the chopper with our heads down and crouched over like we had run the same drill 100 times before. To my surprise the chopper has no doors, simple harnesses and just enough room for 4 people with no extra bags. Small by aviation standards. Within seconds of putting our intercom headset on we were off.
Albee piloted the aircraft with flawless control. The wind was a bit aggressive and with no doors we were very aware of its presence, but his navigation allowed the chopper to use the gusts to its advantage.

After 15 minutes of exploring Malibu Canyon from above, we found a hilltop to land on. I watched in total focus as the single joystick in the cockpit simply landed the helicopter in a 20ft x 20ft compact space. We truly had free range of the entire area.

Due to the nature of our adventure, I of course posted on my Instagram story about what we were doing. Within minutes a message came in from our friend Reid saying that he was on a motorcycle ride through the canyon and that he wanted to come meet up. I sent him our location and in no time he was there.
I spoke earlier about how my friends like to have fun. Well if riding dirt bikes while a chopper circles around you idk what is

After we had our fun it was time to head back. As Albee simply put it “small chopper, small fuel range” .

All good though. It was getting late and the lack of doors doesn’t seem as “enjoyable” when the sun goes down.

And just like that we were back in our car, in the middle of the empty field, the spontaneous part of my day was over and the “normal” part of of my day resumed.

What’s interesting is you don’t need a helicopter to have a special moment. Just make sure to give yourself breaks to enjoy out of the ordinary experiences every once and a while and try to surround yourself with good people.