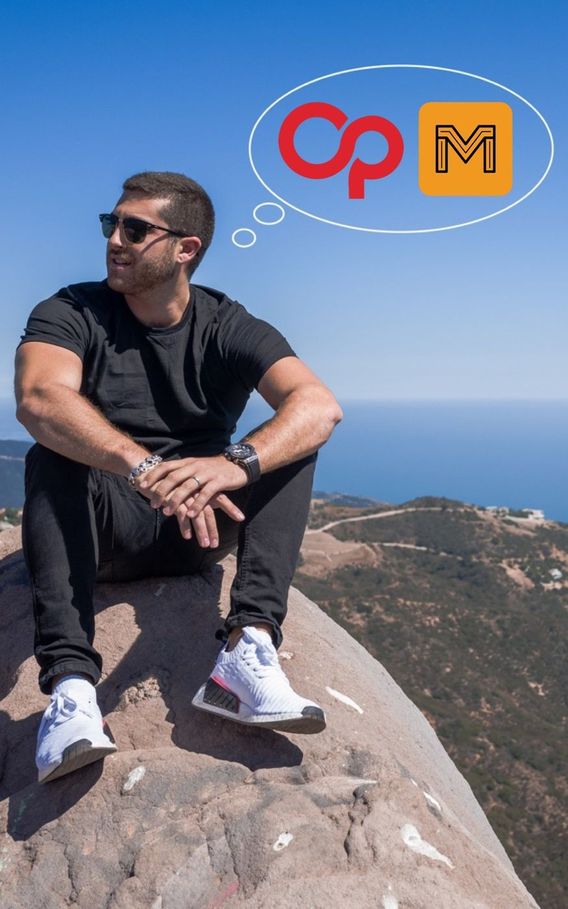 In 2012, one of my best friends Alex Dahan approached me with a concept after meeting two individuals with 30k followers each on Instagram, which was massive at the time. He thought to put his own product on one of the guys he had met in exchange for a “shoutout” (language at the time). After we saw the post go live we studied everyone’s reactions, most consisted of people saying “where can I buy these”, “omg so cool”, “need now”, and the list goes on. Alex and I sat back and said to ourselves “what if we got hundreds of these individuals to promote brands, creating the new age of interactive billboards”. With the help of Alex’s older brother Eric Dahan and friend Felix Sullivan, we grouped up about ten influencers that collectively had a reach of 1 million individuals and from there everything changed. We went from brainstorming in an apartment to now having over 80 employees and 7 offices worldwide. This is Open Influence

In 2017, after spending long hours in the influencer advertising space, my dear friend @Jake came to me and asked me what I thought about this new concept he had. He knew I would have great insight being in the digital media/content space for years. And it was right then and there that I told him it would be a success. I soon there after left the day to day operation at Open Influence to participate in creating what would soon be called Magma, what I knew would change digital publishing forever. And although it was time for me to move on to my next venture, I knew that both these companies would benefit from one another.

Today we are two years into the making, with Magma ready to release to the world. We are revolutionizing the digital publishing industry by bringing a powerful yet simple, and professional solution to the masses, allowing them to create, consume and share like never before.

Above & below are some recaps from out first few events in 2013-2014. Such amazing and memorable times!

Despite the headache and chaos leading up to a company event, there is nothing better than throwing one 😊. Getting away from the office with family, colleagues, and clients allows you to explore a whole different perspective on each other’s character.

Our mission is to bring the human element back to advertising, by empowering individuals to create and share. Our mission is to scale the story telling process through efficiency, quality, and transparency for both advertisers and storytellers.

By combining the most trusted tools and systems from the industry’s top publishing teams into a simple app, users can create their own digital magazines all from the palm of their hand.

No story is left unshared!

WHETHER ITS A SOPHISTICATED FASHION GUIDE, A BREAKING NEWS STORY OR A STUNNING MEDIA GALLERY. CREATIVELY KNOWS NO BOUNDS WITH OUR FIRST OF ITS KIND MOBILE PUBLISHING SUITE.

FROM COVER DESIGN TO FORMATTING, WE’VE DONE THE HEAVY THINKING FOR YOU. OUR PRE DESIGNED TEMPLATES ALLOW USERS TO LET THEIR CREATIVITY FLOW FREELY AND THEIR PHOTOS, VIDEOS AND WORDS TELL A STROY.

Some fun photos/videos during the process of my startups...

Continue to the following pages for more images —>

Please make sure to give us your honest rating in the App Store ( 5 ⭐️😉) and leave us a review.

We hope to bring you the best content from a UGC standpoint.

Can’t wait to watch our community grow, as well as seeing everyone’s amazing Mags be published!