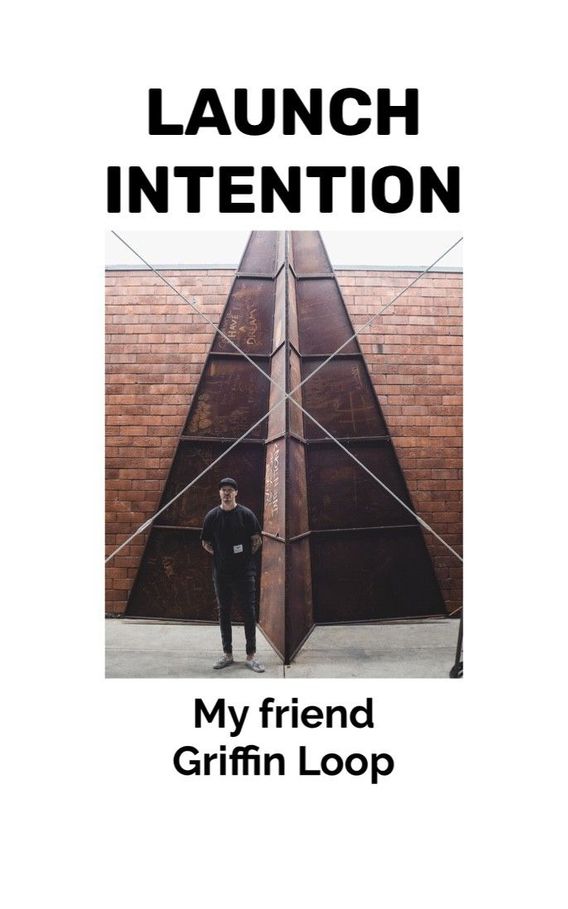 I’ve been very blessed in this life to brush elbows with some of the most creative and successful minds this world has to offer. I’ve worked with Neal Preston, been on photo shoots with Mick Fleetwood, had wine with some of the worlds best graffiti artists, and cut the hair of half the Celeberty circles in Los Angeles. This story isn’t about them tho... this story is of one man who in my opinion   embodies creativity and positive expression. My friend Griffin Loop.

I first met Griffin in 2019 at a gathering for my friend Spencer (the Unlikely Florist) and a new mag that was launching in the West Side of LA. At first I thought that Spencer had expanded his studio to the garage next door as both doors were open and people were freely floating between both venues. I was making my way over to the other door to check out the vibe when I ran into spencer out front. After about five minutes of talking to Spencer about the success of the event I made mention of the new space. “The expansion looks awesome Spence!” I exclaimed. Spencer stopped me there and explained that space belonged to a man named Griffin Loop, a artist who’s medium was welding and design.

Spencer said “come I would love to introduce you” and little did I know I was about to meet one of the most amazing people I had ever met.

What makes Griffin so amazing in my eyes is probably partly relativity in a large part. Both of us are tall with lots of tattoos and are often mistaken for people to steer clear of. You can sense the warrior spirit in this individual  immediately after entering the room without having ever spoken a word to him. His presence is BIG... like... REALLY FUCKING BIG! But once the conversation begins like my self you really get a  insight for the man. This man is kind and  his presence is that of a older brother. It’s a odd feeling meeting someone and   immediately knowing this person has your back and best interests at heart.  

His work is metal fabrication and makes a multitude of different shapes and patterns although it quickly becomes clear what his main project is. In front of me is a 30 foot tall sheet metal paper airplane. You might find these across the country in a open field of a mountain pass or at a museum. It’s awe inspiring and the message behind it is just as incredible. LAUNCH INTENTION he calls it. Griffin will ask you what is your intention? A question that is powerful and sometimes hard to  answer . It leaves you pondering what your next moves might be for your self and for this world. He is a great man and I recommend you check him out on his Instagram.