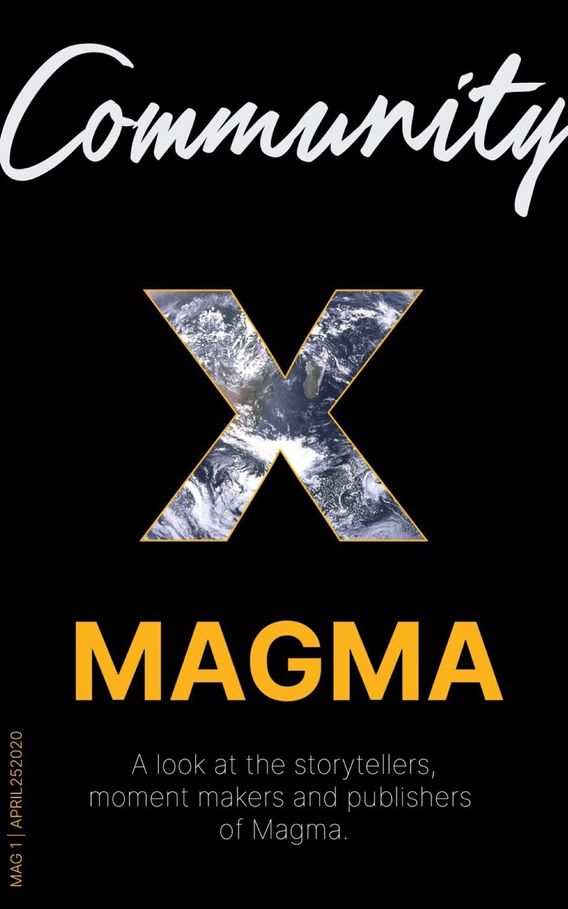 Publisher
MAGMA.
@Magma
Caption
Welcome to Community X Magma, a publication highlighting the users that inspire us. Within these MAGS we will introduce you to the individuals, accounts and brands that make the powerful, beautiful and meaningful content that we all love on Magma possible.
Genre
Magma
Published
Apr 25, 2020
10:29 PM
Parker in his element.

I'm Parker Schmidt, I'm an Idahoan raised producer and director currently living in Berlin. My roots come from an adrenaline rich action sports community with a family deeply rooted in film and design. I've taken my love for travel and curiosity for storytelling into my own hands and have been able to work with some astounding creatives. While I'm currently creating story told visuals of the art, design, fashion, sport and automotive scenes. And loving every step along the way.

It's now more important than ever to adapt to our ever-changing situation. Something that I believe creative struggles with is blindly charging into their passion without concern for their mental wellbeing. This has been an issue for me in the past and something that I continue catching myself doing. This is the time to pick up interests that you've never had the time for and invest in yourself

Parker on set in Portugal.

This has been an opportunity to indulge in the crafts and interests that I admire but can finally make the time for. For me, it's keeping my creativity flowing while practicing first-hand mediums such as collaging, digging through my dad's Hollywood archives and becoming a mediocre fanatic for cooking and baking.

Based in Vinkeveen, The Netherlands but spending most of my time in Passavant La Rochere, France.

How is creative expression helping you during this time?

On March 24th I landed back in Paris, France after having some adrenaline raising weeks in Los Angeles. Thanks to my airline, Ambassade, and friends over in L.A. I was able to avoid being locked up on the other side of the pond.

Creativity and skateboarding are doing a lot in dealing with the anxiety of everything that happened and still being away from my family. Luckily I'm staying with my boyfriend and his father in a beautiful house in a tiny town called Passavant La Rochere. This is the definition of ''The middle of nowhere''. Spending most of our time outdoors on the property. Here we create our thoughts and ideas into touchable adjustments alining whatever mother nature and time throws at us.

Where I find inspiration:

Being predictable I, of course, get a part of my inspiration from Pinterest, Instagram, and other apps. Basically seeing what other creatives came up with and adjusting to my own style.

However, in these times I learned to stop, look and soak up all these new things around me that were there all this time. The dad of my boyfriend collected an extreme amount of art and objects from all over this globe that create such an inspiration rich ambient everywhere I go in this house. Appreciating that nobody can take the inspiration from that for modern content made me realize that we all have to learn to appreciate the ups in all these downtimes. I love to see how creative everyone is getting with what is so close to them.

Maria came into the world of new media not as an outsider, but as an early adopter. Her love for storytelling led her to blogging and YouTube in their early years, while also studying journalism in its most transformative era at Loyola University Chicago. Little did she know, her online activity would open new opportunities, launching a career in broadcast television and sparking a lifelong intrigue with digital storytelling.

Maria has been researching the intersection of culture, entertainment and technology for over 5 years. Maria has her master's degree in Strategic Public Relations from USC Annenberg. Her research in graduate school focused on new media and the influencer culture. She produced the documentary New Kings: The Power of Online Influencers.

Currently, Maria serves as Comm. and Marketing at Open Influence.

When you are stuck inside and are feeling all the possible emotions... Creative expression is literally a survival kit.

“Close to nature everything is better.”

I’ve always felt like I have a better handle on my emotions if I get it all out. This quarantine I’ve had my creative juices flowing through art, writing, music, and content creation (IG stories, TikToks and Magma Mags). I really enjoy expressing my unique voice and connecting with like-minded people.

This unprecedented situation has fueled my creativity. I have more time in my hands to be present and fill the hours with artistic expression.

“I found a swing behind my house and after 5 minutes I was 5 years old again. Never too old to have fun.”

Hi! My name is Fran (@franstar on Magma) and I’m a visual manager & style ambassador from Vancouver, BC Canada. I collect sneakers and I’m a huge fan of streetwear fashion and street art!

With the current situation the world is in, creative expression has really helped me stay busy during this time. Creating content is something that I love to do and keeps my mind engaged and my creativity flowing. I love putting together outfits, recreating different looks, and finding creative ways to shoot these looks.

I shoot the majority of my photos myself with a tripod and my iPhone X. My preferred social media platform is Instagram (@franstar) and I recently discovered Magma as the perfect place to showcase my work in a cool format! I get the majority of my inspiration from Instagram and Pinterest. I’ve recently started shooting a series based on the outfits of NBA players so be sure to check that out.